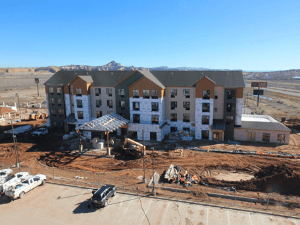 The Wright Group is a general contracting company specializing in hotel construction and renovations throughout Colorado, Utah, Arizona and New Mexico. Business is booming.

From a project management standpoint, the family-owned company’s expanding portfolio was spreading Doug Wright thin. “I felt like I was losing control,” says the owner/operator of the Grand Junction, Colo., company, who confesses, “I’m a very hands-on person.”

Wright was receiving regular reports from company project managers, “but visually, I wasn’t really cognizant of what was going on,” he recalls. “I didn’t have the feeling of being up to date on everything.”

Wright had a hunch that investing in construction cameras might not only enhance project documentation, it might also help him monitor projects more closely without his having to crisscross the southwest as frequently to visit job sites hundreds of miles apart.

“With obligations so far-flung and projects in various stages, construction cameras have become a mandatory piece of my puzzle.” – Doug Wright, owner/operator, The Wright Group

He researched three construction camera providers and entertained a presentation from each. He and his project management team compared system features and customer support.

On Wright’s personal wish list was a camera system that would be easy to use. He reveals, “I’m not so tech savvy, so I didn’t want anything that would be too challenging.” 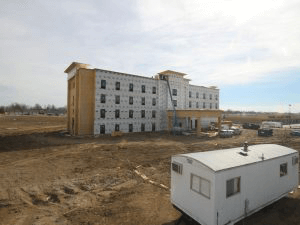 “We did our due diligence,” Wright says. “The OxBlue people we dealt with were solid, their system was easy to use and the cost was within our range. Other providers were cheaper, but we wouldn’t have gotten as much for our investment. All things being equal, OxBlue gives us the best product for the best price.”

In addition to the half dozen projects currently in progress by The Wright Group, Doug Wright personally serves as owner’s representative for two projects in Missouri. “With obligations so far-flung and projects in various stages, construction cameras have become a mandatory piece of my puzzle,” he says.

His deployment includes a solar-powered camera used for a recent project in Kingman, Arizona – and purchased because “we couldn’t get power to the site in the timeframe we wanted,” Wright explains. “It was another expense up-front, but the availability of solar allowed us to quickly move ahead with the project.”

“They give me the when, where and why of every job site, including weather conditions and the pace of each project,” he says. “I get a pretty good overview of what’s going on without having to be on-site so often.”

The cameras also enable project managers to zoom in for a clear look at job site details.

Wright spends 80 percent of his time in the field and most often uses his cell phone to track progress on distant projects. “When I want more detail, I get to a computer and log in,” he says. In Scottsdale, Arizona, the company’s three staff project managers access projects using their desktop computers.

On a TownePlace Suites job site in New Mexico, Wright’s construction cameras revealed that the building’s wall framers were running a full two weeks ahead of schedule.

That insight allowed Wright to call in a truss company two weeks earlier than planned and avoid an unnecessary delay. “We gained time from that,” Wright says.

In Colorado, workers installing a hotel porte-cochere were not yet aware that the project owner had made last-minute modifications to the plans. Via construction cameras, a project manager noticed that columns supporting the covered entrance were about to be installed incorrectly, and halted work.

“No matter who’s at fault, there’s a cost associated with doing things incorrectly,” Wright says. “In this instance, we got it right and never had to deal with the consequences of a mistake.”

The company is using its cameras in other creative ways.

“Banks love them,” Wright says. “Quite often bankers never see the projects for which they put loans together. So for them, it can be exciting to get a look at something tangible. I was in a meeting recently giving bankers a mid-project rundown. They had a great time identifying the various areas of progress.” 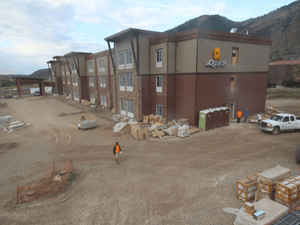 This capability is great for warming business relationships, Wright says.

Wright also uses his cameras to update franchisors. “I don’t have to submit pictures to them. Instead, I can send them a hyperlink that lets them view progress at their convenience.”

On The Wright Group website, a project showcase page provides links to images of projects in progress as well as time-lapse videos of recently completed projects. “We’ve turned our cameras into a marketing tool that helps us communicate with prospects,” he says.

For sure, project owners must determine, case by case, whether construction cameras would make a sound investment, Wright advises. And what’s wrong with a bit of self-indulgence? “For an owner,” he says, “sometimes there’s nothing cooler than watching your project go up.”

Will Your Camera Help Your Project or Become a Project?

Will Your Camera Help Your Project or Become a Project?

HOW MUCH DO TIME-LAPSE CAMERAS COST?

HOW MUCH DO TIME-LAPSE CAMERAS COST?